Ran the in the Pere Marquette Endurance Trail Run yesterday. The race is a rather vertical 7.5 mile trail run at Pere Marquette State Park in Grafton, IL.

Also known as "No Wimps, No Whiners", the race follows a a series of craggy, eroded, muddy, leaf-covered, root-laden and icy trails - which can demand some artful footwork to traverse. I saw more than a few scraped and bloodied body parts, as well as a few ambulance rides this year, which is apparently not an uncommon sight.

Participated in the Castlewood 8-Hour Adventure Race again this year. A rather chilly start on Saturday, somewhere in the 20s. I forgot to blow the water out of my CamelBak tube early in the race and it froze solid, which was a small problem. Things thawed out by mid-morning though.

Ran in the 2-Person Male division, with my teammate Clayton Cummings, against 42 other teams. Finished in 5h:56m, which was just enough to grab 3rd place in the division. 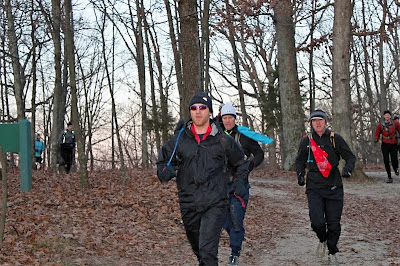 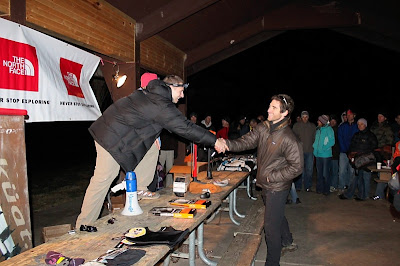 Posted by Aaron Fanetti at 10:55 PM No comments: